The majority, 97% of pregnant women would like to give birth at a state hospital or clinic. Only 2% choose the private hospital option, and the number of those choosing home birth was very small. However, less than one third of the pregnant women plans to start the delivery process without having a gynecologist or a midwife selected in advance. 35% of the pregnant women have or will have a chosen gynecologist, 29% both a chosen gynecologist and a midwife, and 5% a chosen midwife only. Thus, state services mean a location only for the majority, many make financial contributions to the costs of giving birth from their own packets as well.

Four fifth of the pregnant women plan to be accompanied by a family member or an acquaintance to the delivery room. For the majority (73%), this means the father of the child, and 7% counts on the support of another family member or friend.

16% of the pregnant women reported in the 7th month of their pregnancy that they already participated at a childbirth preparation course, and 25% had also visited the delivery room. Fear from the loss of the baby was a top concern in connection with giving birth (27% chose grade 3 or 4 on a four-point scale, which indicates intense worry). A significant part of the pregnant women are at ease concerning the delivery, 87% of them think that the labor and the delivery will go well.

Some of them participate in lactation counseling during pregnancy, and their number will most likely increase substantially after giving birth. 92% of the pregnant women plans to feed her newborn with breastfeeding only, and another 6% would also breastfeed, but does not rule out the use of formula either. It was only 0.5% that did not want to breastfeed at all. 17% of the respondents plans to breastfeed until the baby is 6 months old, 38% up until one year, and 41% maybe even longer. 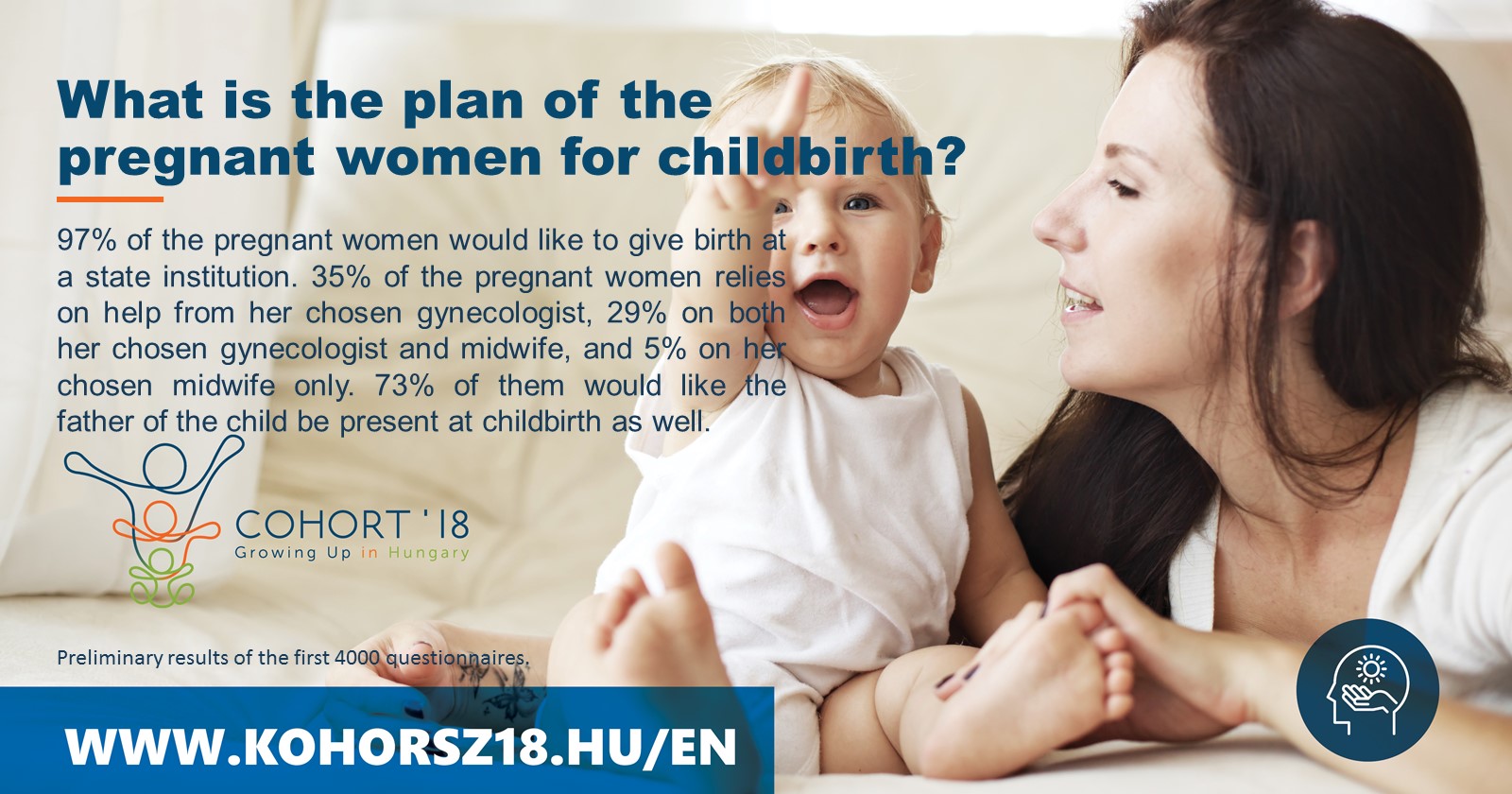