In the first, pregnant wave of the Cohort ’18 study, we also asked mothers about their eating habits in the months preceding the survey (i.e., the period of pregnancy). We collected data on the frequency of consumption of various healthy and unhealthy foods based on dietary recommendations in the self-administered questionnaire.

Participants indicated how often they consumed certain foods or drinks on a three-item scale. Of the possible responses, the two extremes represented the recommended level and the severely unhealthy level, and between the two, it was possible for them to mark a moderate level of consumption. The analyses were performed on the weighted data of mothers who, at least in part, responded to the self-administered questionnaire; thus, we were able to include a total of 8185 cases in the analysis. 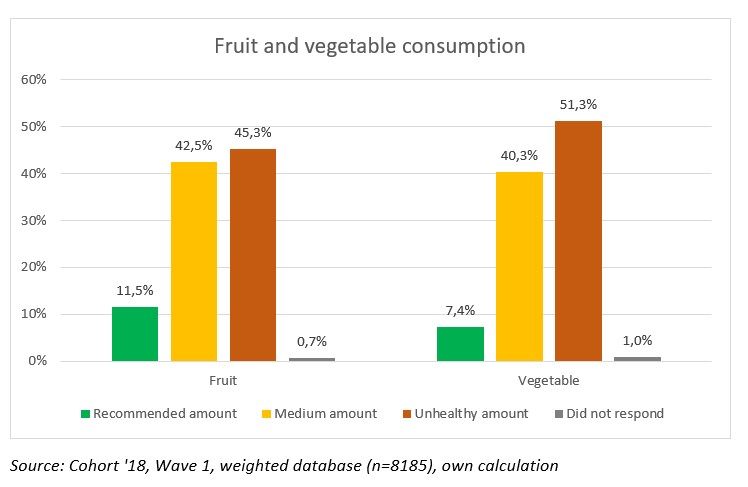 Expecting mothers adhere more reliably to the recommended fluid intake. 69 percent of pregnant women consumed at least 2 litres of fluid per day, and 28% consumed between 1-2 litres. Slightly more than half of the pregnant women do not consume large amounts of carbonated soft drinks, syrups or sugary teas. However, 32% consume 1-2 glasses per day, and 15% consume 3 or more glasses a day. 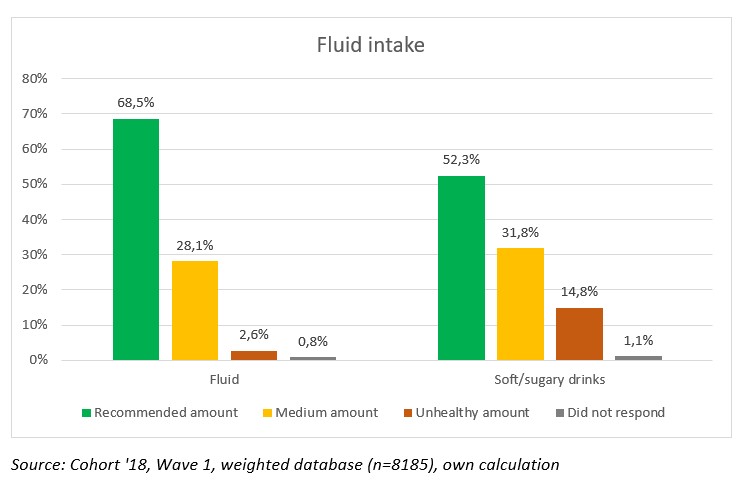 Regarding the daily consumption of dairy products, the majority of expecting mothers (54%) reported consuming less than 5 dl but more than 1 dl of milk or dairy products each day. The vast majority of pregnant women (71%) ate meat, fish or legumes (e.g. beans, peas, lentils) at least three times a week, but 5% did not consume such products more than once a week. 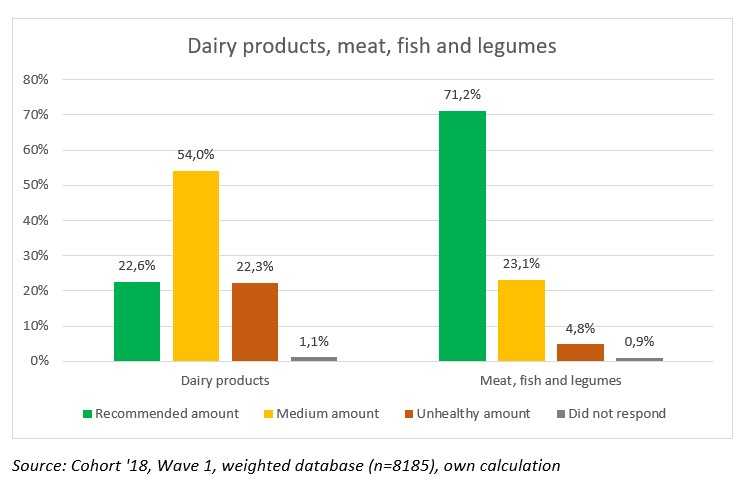 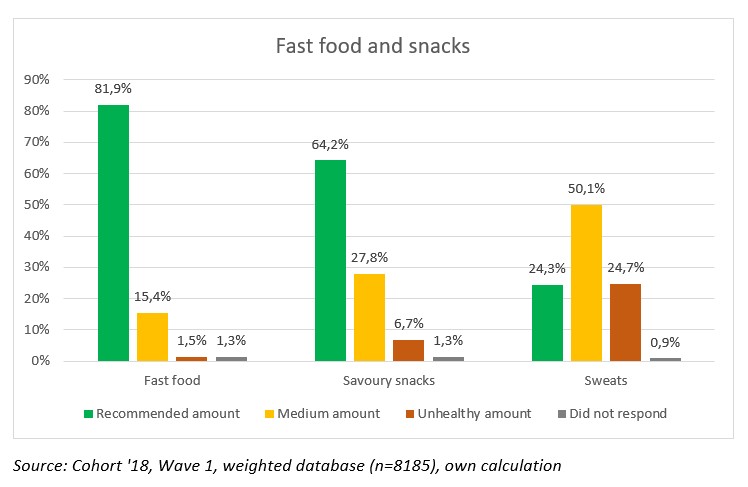 Of the nine consumption questions in the survey, pregnant women on average responded in accordance with the recommendation in only 4 cases, chose moderately healthy consumption patterns in 3 cases, and chose the unhealthiest response option in 2 cases.

Concludingly, we can see that the majority of pregnant women consume adequate amounts of fluids and meat/legumes, while the average levels of fruit and vegetable and milk consumption are to be considered low. Consumption of sugary soft drinks and sweets, on the other hand, is higher than would be desired.

Finally, we were also interested to know what proportion of pregnant women included in the study were at risk of not having access to adequate quantities or quality of food due to financial reasons. In this context, we can say that, overall, 11 percent of expecting mothers experienced some degree of food insecurity, meaning that they answered yes to at least one of the six related questions. The question on whether the mother was worried that she would not have enough money to eat was affirmed most often (out of the six referring questions), in 7 percent of cases. 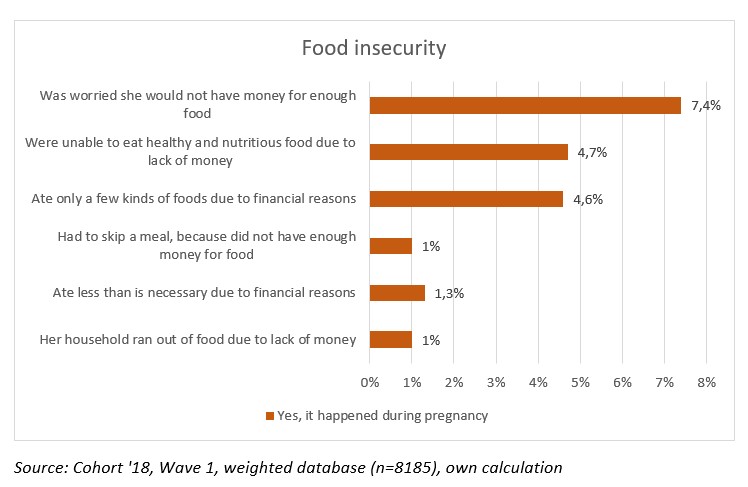