We have already addressed the issue of the presence of grandparents in the households of pregnant women participating in the Cohort ’18 study in our previous analysis. In doing so, we found that the vast majority of pregnant women (86%) did not live in the same household as their parents, i.e., the grandparents of the cohort baby. However, nearly five percent of them live together with a grandmother, one percent with grandfather and 8 percent with both a grandmother and grandfather (of the unborn cohort baby). We then highlighted that this might be related to the fact that the majority of these pregnant women are expecting their first child; thus they are most likely young and at the beginning of their family career and are unlikely to be able to move to a self-sustained household. In this segment, we look at how often children in the study meet with their grandparents.

In the second wave of our research, when cohort babies were six months old, we asked mothers about how many living grandparents their child had and how often they have had contact with grandparents. We considered everyone the respondent considered a grandparent, regardless of whether they were blood relatives or not. Here, our unit of analysis is 8365 six-months-old toddlers, of whom 8122 are single children, 240 are toddler twins, and three toddlers are triple twins. 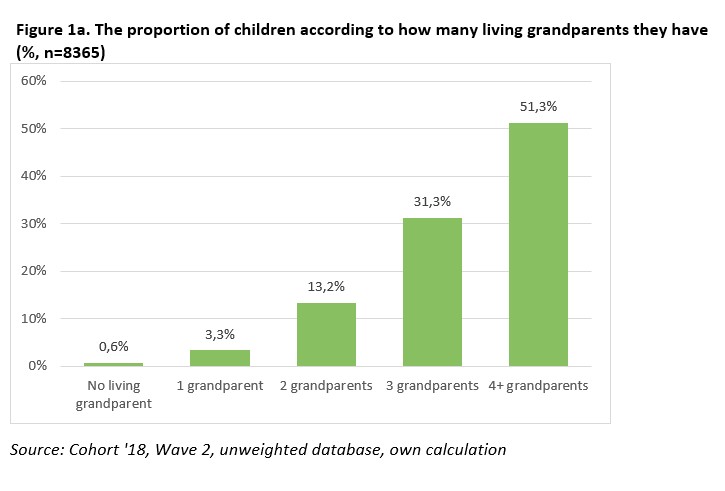 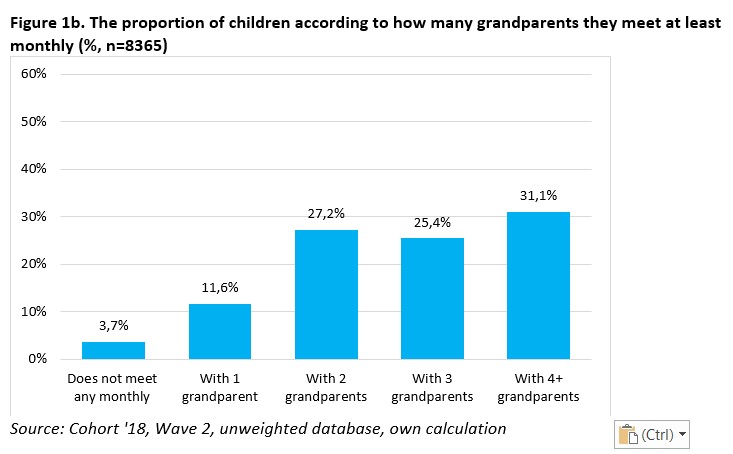 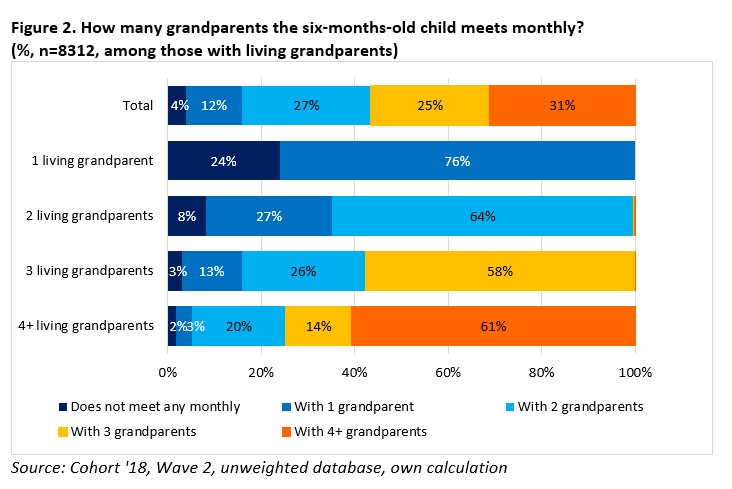 Our final question within this topic was on how often do the six-months-olds meet the grandparent with whom they meet the most regularly? The most common response was daily (39%), then several times a week (27%) and weekly or biweekly (22%). The mothers of 42 six-months-olds said that not only do they not meet their grandparents every month, they do not meet them at all. 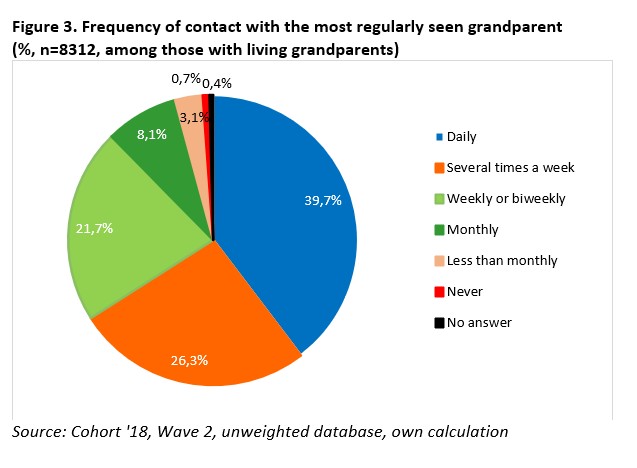